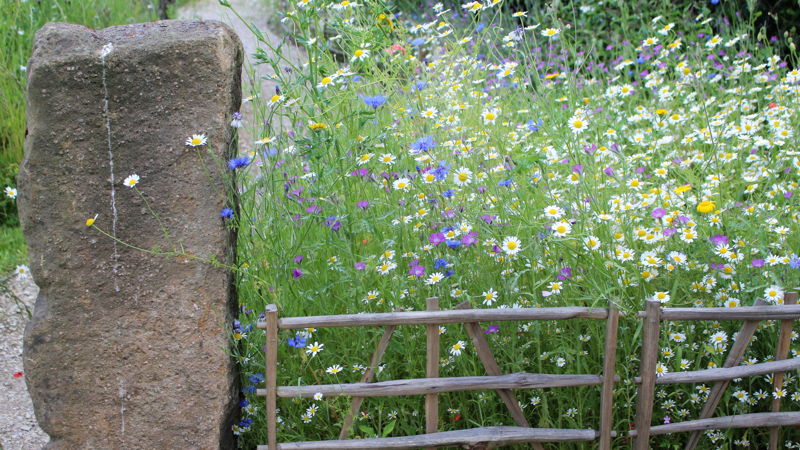 A case study showing how we transformed an average back garden into an urban wildlife oasis.

In 2014 we were contacted by a couple that were looking to redesign their good sized back garden so it looked beautiful, and most importantly encouraged a lot more wildlife for them to enjoy.

The existing features were comprised of some mature trees, a fish pond, an existing wildlife pond, lawn areas, paved areas and some herbaceous planting and pots. Over the following weeks we discussed in great detail which parts of the garden were worth retaining and improving, and what needed to be changed and cleared out.

The finished design and brief was to encompass as many wildlife habitats as possible within the space available, to have areas to sit and enjoy the different parts of the garden in both sun and shade, and to try and have areas that had interest throughout the changing seasons that not only looked great but were also practical for the clients and could still be managed as a traditional garden.

Here is the garden during construction: 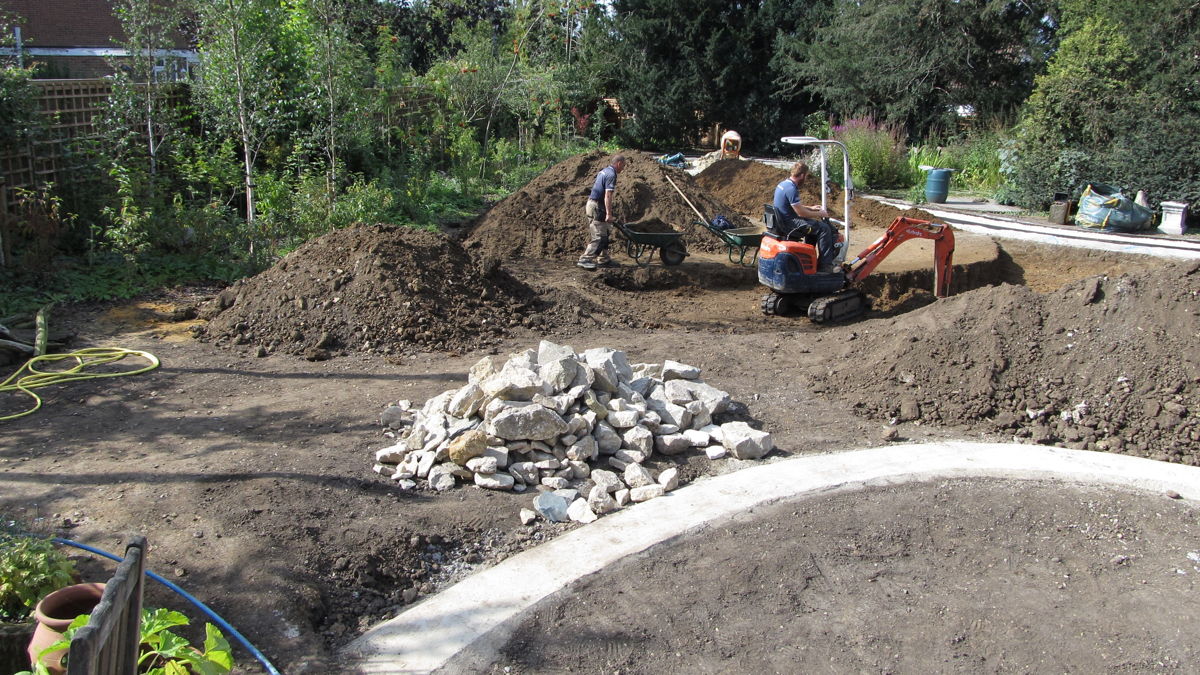 Here is the garden after we finished the project: 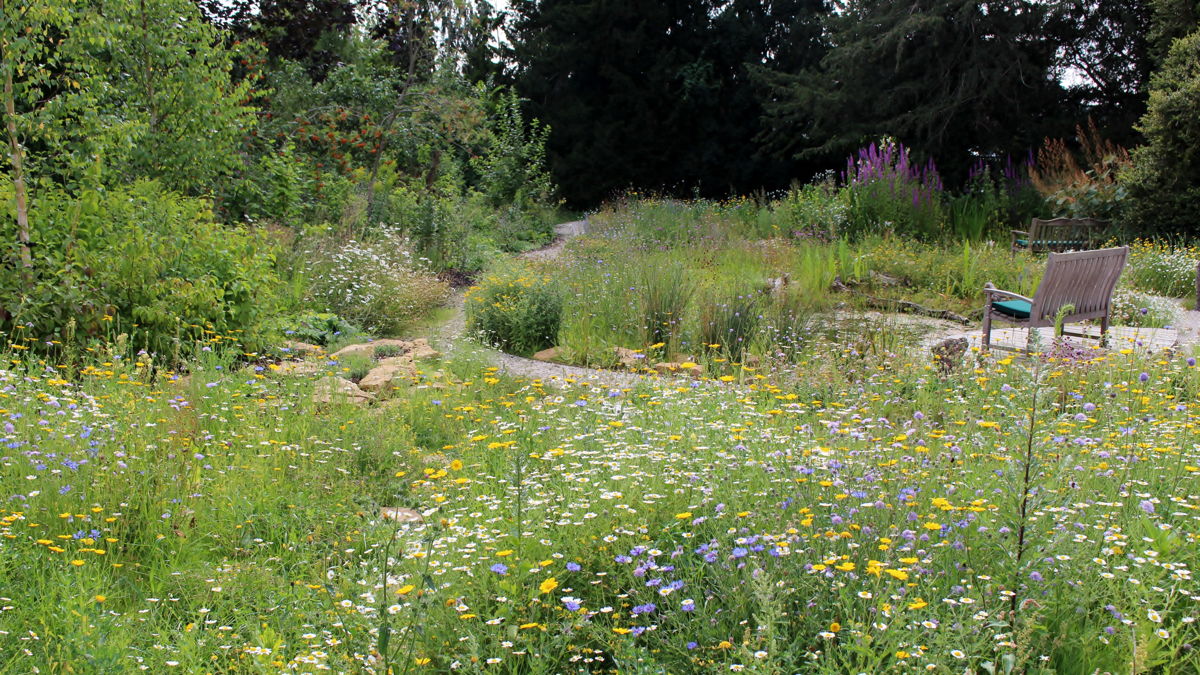 The different areas and habitats within the garden are now as follows:

Every year the garden develops more and more, a fascinating process to watch as everything matures. The wildlife is now truly thriving, here is a list of some of the species now using the garden:

If we are to learn something from this project, it is that wildlife can not just exist in town centres, but positively thrive alongside people with the right habitat. This also applies to small gardens on a smaller scale.

For us and the clients, to see birds, butterflies, dragonflies and bees sharing the sky with aeroplanes and helicopters, is pure magic. 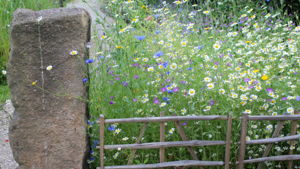 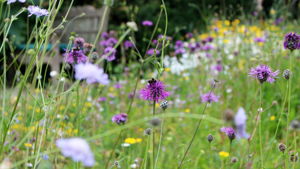 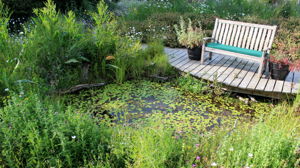 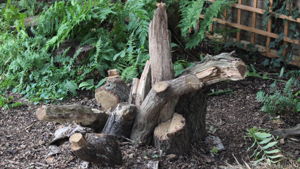 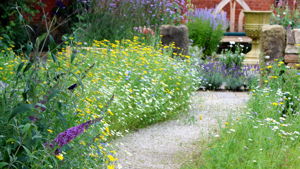 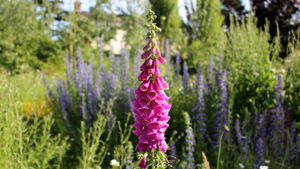 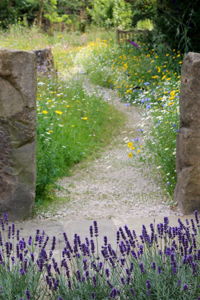 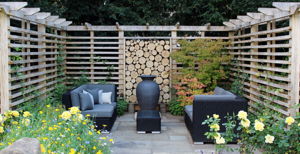 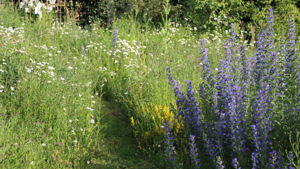 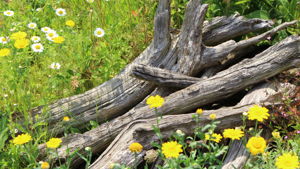 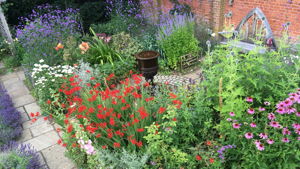 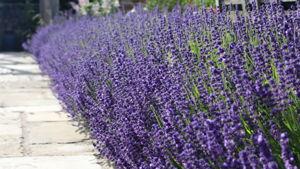 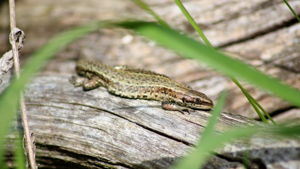 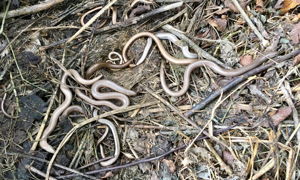 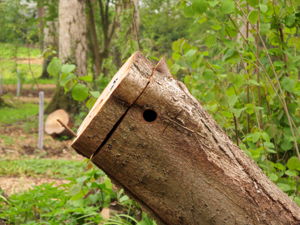 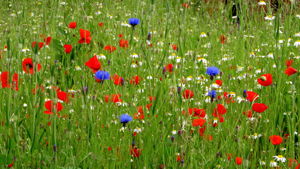 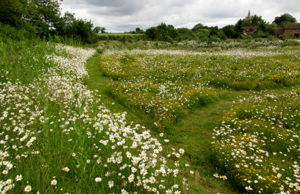 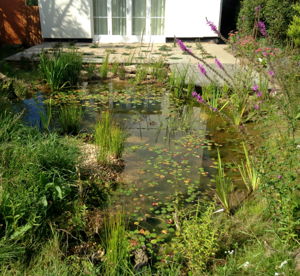 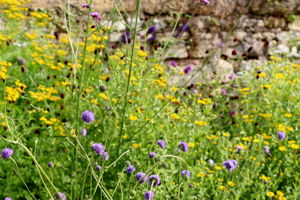 Case study ~ A nectar border in an urban back garden 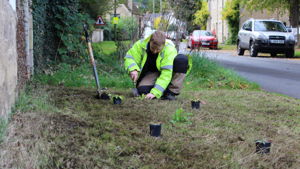 Case study ~ Transforming a roadside verge into a wildflower meadow 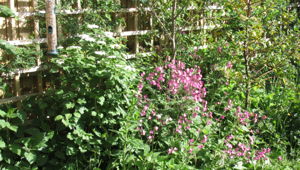 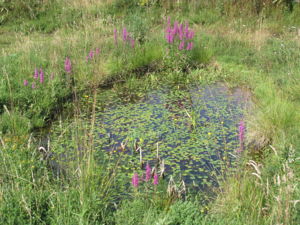 Case study ~ A small wildlife pond within a meadow 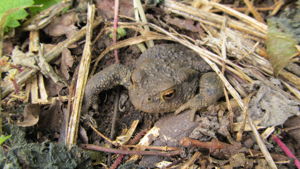 Case study ~ The importance of waste piles for wildlife 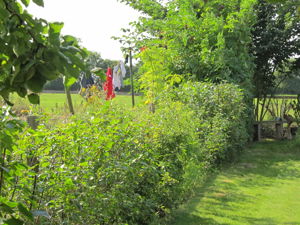 Case study ~ Planting a native hedgerow in a village garden 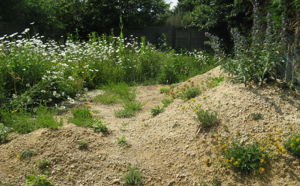